The Changing Roles of Women 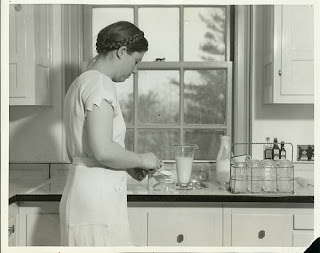 Back in August of 2009, I posted a piece here on this blog about women who became the breadwinners for their family during this recent recession. Not so long ago, in the 50’s in many middle-class and affluent communities, it was considered shameful for a man to have a wife who was a working women. Even a woman who was working part time was tsk-tsked in bridge parlors and country clubs, “Did you hear about Betty? She is selling Avon. Can you imagine? I guess Bob’s business is not as successful as he makes it out to be…”

This attitude seems quaint now when women make up so much of the work force and contribute so much to our economic growth through their hard work and entrepreneurial spirit. Yet I don’t think we’ve fully grasped the implications of this dramatic shift on gender roles, women’s empowerment and financial security, family structure and dynamics, and reproductive decision making.

I suspect that a recent report issued by National Economic Council in the United States titled Jobs and Economic Security for Women will prompt some awareness and actions. In the executive summary of this report, issued by The White House Press Office, the following is highlighted:

• Women are a growing share of our workforce, our entrepreneurs, and our innovators. As the majority of college graduates and nearly 50 percent of the workforce, women are in a position to drive our 21st century economy.

• An increasing number of women are breadwinners for their families. In almost two-thirds of families led by single mothers or two parents, women are either the primary or co-breadwinner. In two-parent families, with the wage gap and the loss of jobs traditionally held by men in this economy, reliance on a woman’s income in their family budget is even greater.

• Since women are nearly 50 percent of the workforce, the recession’s economic impacts on women are even more consequential for the economy than they would have been in past recessions. As a result of the recession that started in December of 2007, women have lost jobs and seen their median annual earnings fall. Further, women have faced increased economic insecurity as housing prices declined and states and municipalities have cut back on the provision of social services.

• Women face a number of longer-term challenges such as the wage gap and female underrepresentation in higher levels of management. Further, specific groups of women like single mothers, older women and minorities face additional challenges.

When I am asked, as the author of Two Is Enough and producer of the Childless by Choice Project documentary, “Why are women choosing to delay or forgo children altogether?,” I respond with the list of most compelling motives I uncovered during my research and then I typically add my observation that increasingly women’s security in the world is tied to their ability to be breadwinners rather than bread bakers. The June Cleaver ideal of the apron-clad mom busying herself in the kitchen while Dad climbs the corporate ladder is just so…dated.