Marcia Drut-Davis—68 Years and No Regrets 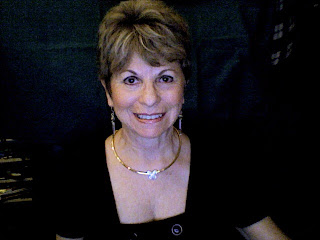 Marcia emailed me to share her story and I knew I had to talk to her and learn more. Here’s an excerpt of her email to me:

I’m smiling seeing the direction of [your] project. In 1974, I was one of those interviewed on a “60 Minutes” segment. I was the President of the Long Island Chapter of NON. I announced my decision not to have children.

The next day, I lost my job as a passionate teacher.

My life was threatened, as was the life of my dog. I faced angry pickets at a high school where I was asked to speak. All this, because I dared to say I chose not to parent.

In 1974, you kept that to yourself. I’m now 68. I’ve just finished a memoir. I’m excited that I finally feel I’m being recognized as a woman who made a choice right for me and who has a message about this important choice.

When I followed up with Marcia by phone, she told me she used to wonder if indeed something was wrong with her, if she was a “genetic mutation.” But she set that thought aside and continued to follow her passions. She remarried and her name changed and she was able to re-apply for a teaching job and was later nominated by her peers as “Teacher of the Year.” She continued to be involved in the Long Island chapter of the renamed “National Alliance for Optional Parenting” and is now very active in a Humanist organization in her home state of Florida.

She admits she occasionally felt pangs of longing when she would witness what she calls “Kodak Moments”—those times when proud parents celebrate their children’s accomplishments or transitions at Bat or Bar Mitzvahs, but whenever she was asked “Do you wish you had kids?” her response is “No, thank you.”

Her plate is full: full of life, love, and the young women she has taught over the years whom she calls her “daughter-friends” who still call her up for advice. To Marcia, life remains “delicious.”
Posted by Laura S. Scott at 11:38 AM 9 comments:

Is it Selfish Not to Have Kids? A Parent’s Perspective 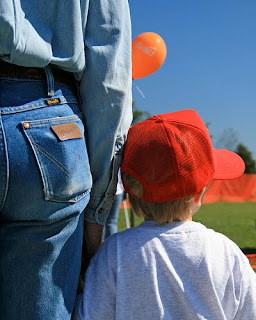 Kudos to Trent Hamm, a parent who tacked the prickly question “Is it selfish not to have kids?” in a blog post on Christian Science Monitor.com.
It was so refreshing to read a post from a parent who was willing to acknowledge that although he knew going in that kids were going to be expensive and that being a parent would be a challenge he chose to have children because he “deeply want[ed]” the experience of being a parent.
I love this guy because he took ownership of his “want” and didn’t wear his parent role as a cloak of martyrdom or as a way to be holier than thou. For him parenthood was simply a personal goal, something he was drawn to and wanted to succeed at.
“For me, the price of being a parent is one I’m willing to pay, because being a parent is something I’m intrinsically driven to do.” He has also noticed that “other people don’t have that drive.”
I found myself nodding in agreement as Hamm summed up his beliefs:

I also believe that if you feel driven to have a child, you should do everything you can to prepare to be the best parent you can be. This means spending the time to really figure out who you are, how to control your emotions, how to teach, and most mportantly, how to be patient.

The world needs both parents and non-parents. There is a lot of societal value in a wide range of skills, abilities, and thoughts. I absolutely feel that being a parent is a noble choice, but that does not imply that DINKs are not making a noble choice. They’re making a different one in line with their values, goals, and talents.

Flickr Photo by RealEstateZebra
Posted by Laura S. Scott at 10:01 AM 6 comments: