Will You Be Working This Thanksgiving? 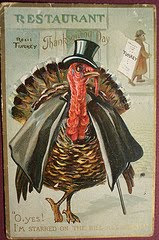 This is the question CNN News anchor Don Lemon asked his childfree guest on Sunday night's news program.
He had invited this childfree man and Katherine Reynolds Lewis, The Fiscal Times. com reporter who wrote "Parental Guidance: Why Your Co-workers May Hate You," to talk about the workplace tension that exists, especially during the holidays, when single and childless employees may be expected to work holidays and weekends while their colleagues who are parents are allowed to take the time off.
While Don Lemon suggested that "hate" might be too severe a word, he did acknowledge that this workplace tension does exist in the CNN newsroom and is experienced by his single friends.
Will you be working this Thanksgiving holiday?

Flickr Photo by Riptheskull
Posted by Laura S. Scott at 7:47 AM 2 comments: 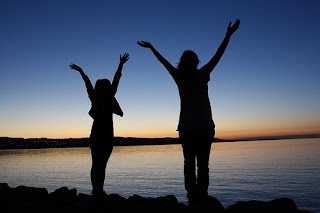 When you ‘out’ yourself as childless by choice you get all kinds of reactions. I documented many of them in my book, Two Is Enough--they run the gamut from disapproval to envy.

Bonnie has experienced most of them as a 53 year-old married woman who never wanted kids. Many of her peers and colleagues don’t understand her decision because she taught elementary school for 23 years, but her younger never-married sister does understand and support her older sister’s decision because she’s childless by choice too.

For many years, my 43 year-old sister and I have discussed the fact that we have made the right decision to be childless. We've also groused about society thinking that we are ‘not quite right’ to not want children. We've been treated like we're not ‘real women.’

We've seen women with children take advantage of health care, sick leave, and ‘mommy duties.’ We're the ones who pick up the slack at work, and then aren't fully appreciated for our efforts, since we don't have children at home. (We do, but they're the furry kind.) I've taught elementary school, working with children of all races and economic situations, and can honestly say that I've seen more BAD parenting than good.

Bonnie and her sister feel the lack of support most acutely around celebrations like Mother’s Day and Father’s Day. They feel excluded.

My sister and I decided that WE need a day of recognition. We've wanted to go national with a ‘Childless by Choice Day’ but don't know how. We were not sure of a good day for ‘our’ celebration, but just prior to Mother's Day seemed ideal for us. For ourselves, we vowed to make that special day the day before Mother's Day.

Others have felt the same way which is why people around the world now celebrate “World Childfree Day” on June 4th. How you choose to affirm or honor your decision is fully up to you but I think it’s great to take a day or a moment to reflect and feel gratitude, especially with someone who loves and supports you.
Posted by Laura S. Scott at 7:37 AM No comments:

I Can Better Serve the World by Not Having Children 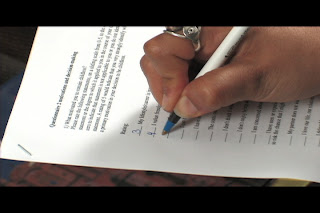 The title of this post comes from the questionnaire I used to survey self-described childless by choice persons for the book Two Is Enough and the soon-to-be-released documentary The Childless by Choice Project. Close to half of the people I surveyed cited this as a compelling motive for their decision to remain childless.

Back in September I spend an evening with a group of Asheville, North Carolina residents who where concerned about global population. Most in the room were inclined to remain childfree because of the environmental impact of overpopulation, including a woman who really, really loved children yet had decided she couldn’t, in good conscience, have one of her own.

Recently I received an email from Joanna, who wanted to express her gratitude that she “did not cave into the pressure in society to have kids.” She is a 56-year-old woman, happily married for 32 years, and this is what she wrote:

Both my husband and I never wanted children. I have been a teacher since I was in my early 20s, and now I work for a university as a teacher mentor. I have to [say] that people without children add an enormous amount of positive energy to our society. When I was a classroom teacher, the people staying long hours in their classrooms were always the teachers without their own children. Also, not having children has allowed me the time to do a lot of volunteer work.

With the population nearing 7 billion, people who choose not to have children are helping our beautiful, natural world survive and flourish. Both my husband and I are environmentalists, and we feel so happy that we have helped the Earth that way.

I too am grateful for the opportunity to mentor two terrific young women, both of whom have grown from your typical awkward teens to confident, accomplished women (and mothers). Had I had a couple of kids of my own I doubt I would have had the time to mentor these two. But I am so glad I did.