How the Childless and Childfree are Transforming Neighborhoods 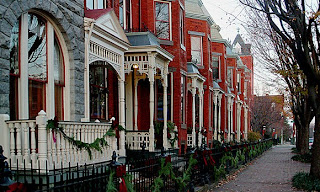 Having lived in or visited three of the top 10 communities profiled, I have to agree that the new majority, the childless household, is having a significant influence on the way we think about building a community. The childfree typically look for neighborhoods that are vibrant, stimulating, with easy access to restaurants, entertainment, workplaces, and services designed to support active and healthy lifestyles. They are not looking for the best school district, playgrounds (unless it's an off-leash dog park), or access to other families. In fact the opposite is quite true, as I was quoted saying here:


The impulse to form communities of childless people may seem inexplicable to outsiders, but it makes perfect sense to Scott. People who want to reproduce and cannot often find life among families lonely and painful, she says. Also, childless people can feel left behind when old friends focus on their young families. "They're so busy with their kids and they've got a new bunch of friends they've found through their children."

For nonparents, the key to a rich life is in building a tribe, a family of affinity, Scott tells clients. "That's hard to do when you're living in a suburb surrounded by families and kids."

My experience of living in South Tampa, first in the Harbour Island neighborhood and more recently in Ballast Point, is exactly what I had hoped for: ethnic and racial diversity, easy access to restaurants and entertainment, good city energy but still peaceful, a mix of families, retired folks, and childfree neighbors, and an urban lifestyle that invites me to leave my car in the garage and walk or bike to my destination.

What has your experience been in the neighborhood in which you live? Would you nominate your neighborhood as the best place to live for current your lifestyle?