The Challenge of Finding a Truly Childfree Man...in Africa 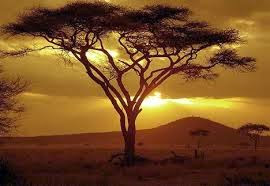 I recently received an email from a 35 year old African woman from Nairobi, Kenya who wanted to share her story. I will call her “Kris” as she asked to remain anonymous. She is a good example how an “early articulator” feels and copes as she navigates in a pronatalist culture. Here’s her story:


I have always known I'd be childfree. I told my folks this when I was about 7 years old, and they have only just started 'believing' me about 2 years ago. My gynecologists still insist I might change my mind, so no there is no sterilization in sight. In my country there is little respect for women's reproductive choice (a woman 'knowing her mind'), even among the most educated in the medical fraternity.

I am motivated to remain childfree by an innate knowing which has become firmer as I grow older and trust my instincts more. I have an absolute respect for motherhood, which I believe shouldn't be entered into with the slightest doubt, and I believe that nurturing and creating can be fulfilled in so, so many ways. I am inspired by childless/childfree women and men who have consciously and creatively left their mark on the world, and on hearts. Personally, I learn from and gravitate more to nature and animals than humans.

My 10 year partnership was on its last legs and imploded last year and my childfree stance was used as a convenient scapegoat to explain the problems. My partner had 'hidden' this decision from his parents and when I told them about it, they were shocked and totally against it. This discussion was the first agenda in my current relationship, and it's understandably a major decision for my partner. I've engaged many enlightened men, but even the most eccentric are revolted by the idea. Proof of manhood is intrinsically tied to procreation. Procreation is so completely engrained in the social, religious, cultural and even economic life, it's barely discussed--it's assumed. I couldn't, in good conscience, deny fatherhood to a man (though I'm quite certain not many of them think deeply about the responsibility of good parenting). I've never met an African CF man.

From personal experience, marriage for me would come with the inherent challenge of being stigmatized by my in-laws and the obligation to accept that my husband can have children by any other means (e.g. second family/polygamy). It'd take a very strong man not to cave to the sustained social pressure. I'm coming to the conclusion that marriage and civil partnership could very well be elusive, which is sad. I revel in being slightly eccentric but I've only just started coming to terms with the implications of my decision. This could be a lonely road, but it's a reality I've accepted.

I trust Kris will eventually find a man who is like-minded but it is interesting that in many communities men feel as culturally compelled to procreate as women do. When parenthood is the assumption, there is little room for the idea of personal choice in the matter of procreation. Over time, I believe this will change. I would love to hear your stories about the challenge of finding a like-minded partner. Please comment below...
Posted by Laura S. Scott at 1:40 PM 8 comments: