Why are (Most) Successful Women in the USA Childless? 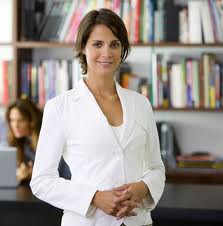 A recent blog post published in The Huffington Post attempts to explain why (most) successful women in the USA are childless. While the author  Kristen Houghton doesn't cover all the reasons why this appears to be true, she does make an important point:


to succeed, you need to focus on what you want without distraction. To do that, you need to put what needs to be done high on your list of priorities. Men have been doing it for years without anyone thinking less of them. Whether in the corporate, financial or even artistic realms, to reach the top in your career requires a single-minded drive, dedication and passion.

True. And that single-minded drive is often, intentionally, not directed to the role of parent. However, there are mothers who have developed very successful careers as Facebook's COO Sheryl Sandberg effectively documents in her recent best-seller Lean In. However, Sandberg has this to say:


Women rarely make one big decision to leave the workforce. Instead, they make a lot of small decisions along the way," Sandberg wrote, according to a book excerpt on Time.com. "A law associate might decide not to shoot for partner because someday she hopes to have a family. A sales rep might take a smaller territory or not apply for a management role. A teacher might pass on leading curriculum development for her school. Often without even realizing it, women stop reaching for new opportunities."

In my interview's for the Childless by Choice Project, I saw evidence of this series of "small decisions" in the process of ultimately deciding to remain childfree. Women deciding to postpone childbearing. Women turning down a proposal from a man who clearly wants to start a family. Women rejecting the idea of being a single mom.

Women who intend to be mothers make the same series of decisions that limit their ability to compete or succeed in the top ranks. Some women have been quick to blame the glass ceiling or discrimination for the lack of women CEOs or COOs in the USA, but that's only one piece of it according to Sandberg. I tend to agree. As a coach I help my clients make these decisions and we go through a process of overt discernment when covering all the options. The trick to values-based decision-making is to make these decisions consciously with a clear sense of your wants and values, with eyes wide open, knowing that every choice you make excludes another competing option.