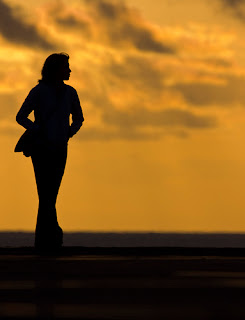 Wallflower would not exactly describe me, but for decades I have conveniently blended in to the crowd as a childfree by choice woman of childbearing years. Allowing strangers to make assumptions as to my family status has been easier than a long, intimate conversation with someone I may never meet again. Truthfully, no one is owed an explanation, not even the curious.

Life is different now. I live in a suburban town with rural roots. Because of my volunteer work with a local nonprofit and my husband's five generations of family connections in that same town, I cannot go to the grocery store without recognizing someone I know. I like that, and they will get used to me. I've accepted the fact that I may never fit in, even though I may make a significant, unrecognized contribution to this community before it is my time to leave. As my sister-in-law put it,

"Childless people have more energy to contribute to all of the world's people. They also have the time to treasure good friends."


Outside of our family choices, we childfree folks are as diverse in our reasons as we are in our pursuits, using the time that is not devoted to the upbringing of the next generation.

I have explored the invisible nature of being childfree in a few different contexts--on a personal level in intimate settings (expecially hard when people don't already know, love and accept you); in the blogosphere, where we are often not a large enough a self-identifying group to warrant our own affinity category (marketers cannot sell us something specific as we are too diverse and lack unity), and within society at large via the good ol' U.S. Census (Do We Count?).

On November 15, 2007, I even staged an online event called "Purple Women Count" due to my frustrations in trying to find some way to be unified with others like me and counted in the larger context of the modern woman's experience, not necessarily that of a mother. Sadly, I let the anniversary pass last year, without so much as donning a purple sweater!

Because I administered a blog on the topic of being childfree for two years, I drew the attention of reporters who were looking for an interesting story to sell their editors. I am of the opinion that it is almost impossible for a newspaper reporter to capture the experience of a childless by choice individual and draw parallels. Their job is to find an interesting angle, and "early articulators" have been most often covered, those with regret in their decisions a close second. (See White Picket Fences post 10-09-07). Those content with their choice, may be the least interesting and most invisible among us.

Do you have a story about being invisible?
Flickr photo by pericomart (cc)

Lisa, 46, emailed me to tell me her story. She felt that more needed to be said on the importance of “respecting our spouse’s choice.”

My husband didn't want children from the time we met. Many women ignore their partner’s feelings and manipulate them into getting what they want. Then when the child arrives, they complain their husband isn't involved enough.

I thought about making my husband think that he'll lose me if he doesn't at least consider kids. Instead I asked myself, do I want a child that badly or is it just the next step? Or is it pressure from eager grandparents?

Underneath, I knew I'd really struggle to care for a child. I've had chronic fatigue and fibromyalgia since 1988. After I started caring for my nieces (ages 5 and 7) and my husband was diagnosed with MS, I knew things happen for a reason.

The Journey to Me

We all start out child-free and somewhere along the way paths diverge, and mine lead to being childless by choice, even though I had to have a life-altering surgery at the tender, single age of 27, that rendered me incapable of bearing fruit. Fruit of the womb, that is.

It has been a long journey to becoming childfree me. I don't like to have my choice taken away from me. After the surgery, I walked the infertile couple path. We were not rich enough to even consider adoption or in-vitro. I felt trapped by my lack of options and by the horrible, emotional experience of wanting something that you cannot have. Something as complicated as love is never quite this simple, but looking back, I think my infertility was merely a trigger for the collapse of my first marriage. His drive to be childed was simply stronger than mine, though I could not articulate it at the time. I was just misarable. So, I exited stage left to explore this option solo.

A decade later, I thought for sure the conversation with my new boyfriend, the one I was slowing falling in love with, would be heart-wrenching. I knew that I had an obligation to tell him I would not be his "baby-mamma" before we went any further. To my surprise, he had already determined for himself that having children was not high on his list. After we married, I discovered the motivation for his decision was based on a lesson in over-population that he was exposed to as a sophomore in high school. His parents had taken the whole family to the world's fair in Spokane, Washington in 1974. A bell rang every five minutes, indicating that another child was born. This conscious-raising stunt had a profound impact on this thinking young man. He realized that the world did not need more children. Perhaps the message rang a little strong with him since he is one of five children. The product of two large traditionally Catholic families. Now, I love to hear him tell this story to a receptive audience.

My personal journey to childfree included blogging about it exclusively for two years at Purple Women & Friends. I didn't like the terms others applied to my brand of childlessness, so I created my own nomenclature around the subject. At the time, my husband and I found ourselves in the social petrie dish of being an expat in Canada. I was also turning 40 and had lots of time on my hands for life review and the blogosphere was my medium. In my 30s, I was still looking for childfree role models and I interviewed and befriended many. Along the way, I discovered and read several books on the subject, some humorous, some humorous only to some, all enlightening. We can definitely use more thoughtful exploration, both fiction and non-fiction in this arena, and I for one am really looking forward to the book and documentary film being produced by my friend and former PW&F co-contributor, Laura Scott, the owner of this blog.

All the online journaling and the childfree adult friendships I made along the way have made me less susceptible to thoughtless comments made by others about my chosen childless by choice status. But still I was a little unnerved when I was invited to be a panelist and moderator at the 2008 BlogHer Conference in San Francisco at an experimental Childfree Women Bloggers session. During my "purple" years, I created a reputation for being a reasonable voice on this often hot topic and an even-handed moderator of this multiple-voice team blog. I had actively lobbied BlogHer and other social networking sites for inclusion in our own separate category, since mom bloggers seemed to dominate all conversations. There never seemed to be a proper category to fit our uniquely focused blog. It was hard to promote, and our chance to gain more readers and expand the conversation was dampened by this reality. So, to be invited to participate in such a panel was an achievement of sorts, and I simply could not refuse.
Laura joined me on the BlogHer "Childless in the Blogosphere" panel. It was a good experience. The panel was attended by more than 50 women bloggers. At the end of the day, I realized I had become the role model I was seeking. My Purple Women blog is now closed, though the content is all there and searchable by topic, but my journey is far from over and I am happy to join this blog as contributor so I can continue to explore the role and phenomenon of childfree adults in our society.

Next post by Teri: Invisible Citizens - Childless by Choice Adults 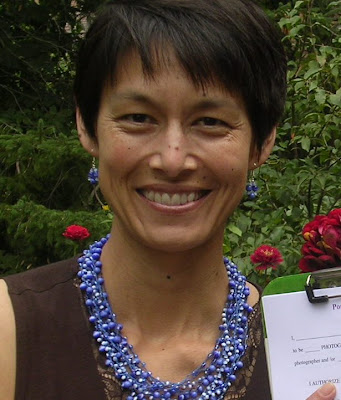 I've very happy to introduce you to Teri Tith, a new contributor to the Childless by Choice Project Blog. Teri is new to this blog but she is a veteran blogger who has embraced her childless by choice status in the most marvelous way, sharing this experience with others in the blogosphere, and beyond, as you will see in the next post.

Teri introduced me to blogging over two years ago when she invited me to contribute to her blog Purple Women & Friends, and since then I come to appreciate her both as a writer and a friend.

Back in the 70’s, I had a very brave health teacher who decided to offer her 10th grade class frank and accurate information about sex—both the benefits and the consequences. I recall that my parents had to sign a release form giving me permission to attend this class, which they did, quite happily.

It was in that classroom where I saw my first condom and I learned how men get erections, and learned that women have “little penises” called a clitoris and this tiny bit of anatomy was the key to female orgasm. As I write this I marvel at all the information I was given in this short series of classes. This information later allowed me to challenge much of the schoolyard sexual mythology—such as the “blue ball” myth that guys would practically die if they couldn’t satisfy an erection—and allowed me to protect myself from unplanned pregnancies and act as my own advocate when I was ready to go beyond first base.

I mourn for the generations of men and women who didn’t get this information, or got it too late. I speak not only as a childless by choice woman but also as a mentor of young women. More than once I’ve had to explain to a young woman, as my teacher did, why you can’t use a condom twice, or confirm that it is possible to get STDs from oral sex. Too many go out in a world, where 30 percent of American teens have sex before they are old enough to drive a car, unarmed and misinformed.

This is why I have always resisted the notion of abstinence-only education. I fear that by limiting sex education in schools we rob children of critical knowledge that will keep them safer, and I feel it is grossly naïve to think abstinence-only education can reduce premarital sex. Sadly, my fears were confirmed in a recent article titled Abstinence-Only Education: Just As Much Sex, But With Less Condom Use written by Melanie Altar citing a study by Janet Rosenbaum, a researcher at John Hopkins, which found that “teenagers who pledge to remain virgins until their wedding night are just as likely to have premarital sex as those who do not. Moreover, pledgers in the study were less likely to take precautions against STIs and unwanted pregnancies than a peer control group with similar backgrounds who did not make a pledge.”

Rosenbaum’s findings were echoed in Greta Van Susteren’s interview with Sarah Palin’s daughter Bristol, a new teen mom. Although her mother is a proponent of abstinence-only education as Governor of Alaska, Bristol, when asked how she felt about contraception, said, “Everyone should be abstinent or whatever, but it's not realistic at all.”

From the mouths of babes to our ears.
Posted by Laura S. Scott at 11:25 AM No comments: