The Truth about Babies and the Economy 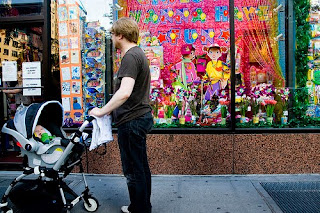 Blaire Brody, writing for the Fiscal Times, gave her readers a heads up when she documented the real costs of raising a child. While the U.S. has been hit hard by the recession and everyone is looking for ways to save, the cost of raising a child has continued to climb.

School tuitions, health care, rent, transportation, daycare, and other expenses associated with raising a family have continued to rise but our salaries have not. Here are the sobering numbers:

In 2009, the Department of Agriculture estimated the total before-college cost of raising a child was $286,050 — about $11,700 per year today, and $21,600 a year by the time they’re 18. With college, the cost nearly doubles, not to mention the costs many parents face during a recession, when their college grad shows up at their doorstep expecting to move back in. Housing and child-care were two of the biggest expenses, 31 percent and 17 percent respectively, and 50 percent higher for those who live in urban areas. The U.S. is becoming more urbanized every year — 90 percent of the population is expected to live in cities or suburbs by 2050. For a newborn in New York City, the average family spends up to $16,250 per year on child-care alone.

After steady declines since 2007, the U.S. birth rate has now fallen below replacement rate, and that trend shows no sign of reversal anytime soon. While my research shows that the financial cost of raising a child is not always the most compelling reason to remain childfree, it is a consideration in the decision-making process, particularly for those who have postponed children and then ultimately decide not to have kids.

What about you? Has the cost of raising children in today’s economy influenced your decision making?