How the Childfree Plan for End of Life 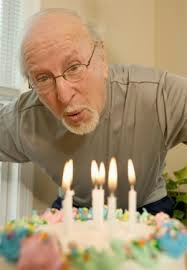 What are you going to do when you get old? As much as I hate this question, I love how creative the childfree have been in their response to this. Not by words but by actions. Recently the New York Times featured an article about childfree women and men who had taken the appropriate steps to plan for end of life so that they could embrace their golden years without worry and stress. Here's one man's story:

Bill Strubbe, 58, a travel writer and painter living in San Francisco’s East Bay, plans to leave the country. In the fall, Mr. Strubbe, who has no children and is single, is relocating to a kibbutz outside Haifa, Israel, that he has been visiting since he was 20.

“I’ll be living among a community of people I have known all my adult life and has systems in place for care of the elderly,” he said. “Unlike the U.S.A., Israel has excellent health care for all its citizens, and that will take a big load off of my mind, knowing that I won’t be left flapping in the breeze if something happens to me.”

Of course, one issue facing the childless is what to do with their estates. Some establish foundations in their name or leave money to charity, said David W. Nethery, senior vice president for wealth management at Merrill Lynch in Dallas. Others bequeath money to siblings, nieces and nephews, or friends, as did Ms. Lewton.

In Mr. Strubbe’s ideal world, he won’t have any cash left. “Hopefully I will have used it all up,” he said. Should there be any, he said he would most likely leave it to “nieces and nephews and/or some of the children of close friends on the kibbutz.”

Among the stipulations, he said, he is ordering recipients not to use their inheritance “to pay bills, taxes, rent or other such mundane things, but to earmark it for taking a trip you could never afford, enrolling in an art class that was not in the budget, or do something meaningful, wild and fun.”

I love this! Mr. Stubbe isn't the only who is considering communal living at the end of life and it makes sense. As a coach, I am constantly reminding my clients the importance of staying connected and building tribes, especially as we age. It's so important to our quality of life. I am thrilled to know there are role models for a happy, fulfilled, and worry free life into our seventies, eighties and beyond.