Stop the Fear: Childless Women Not to Blame for Outdated Economic Models 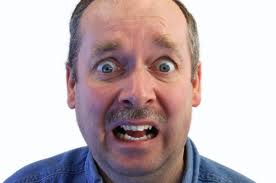 Amanda Marcotte, a writer/blogger for Slate magazine, hits the mark in her post titled America Is Doomed Unless Women Start Having More Babies. How Convenient.
She notes the curious trend of blaming childless women for any number of challenges that we will face, globally, as a result of an aging demographic. Marcotte accurately observes that many writers and pundits conveniently point fingers at all those selfish childless women for all the imagined ills that will befall us. She questions those who claim:

the only solution to save capitalism is to clip the wings of half of the population so they can spend more time laying eggs.


I'd argue instead that if the system is set up so that it fails if women don't start popping out more kids, then it's a broken system and should be reworked to account for the reality of America today. If women don't want to have more children, then instead of abandoning women's equality as a goal, we should rework our economic system so it doesn't rely on a steadily growing population to function. After all, the point of society is to serve the people in it, not to reduce us to cogs in a machine that serves no one at all.

People are having less children. We are living longer than we could ever have imagined. Our economies and our social safety nets were not designed for this shift and our leaders and politicians have been very slow to respond to what demographers have been predicting for many years. Our polititians, law makers, and policy and opinion leaders have behaved like the ostrich putting his head in the sand. They sit on their hands, they ignore, they marginalize, they worry, then they blame and demonize.
That's not leadership. That's cowardice.