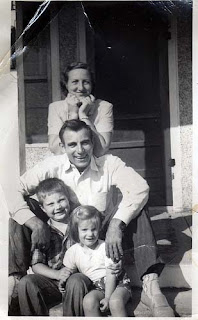 The American ideal—the married couple, with kids—is no longer the “Average American” household. Some would argue that it hasn’t been for a while. In 2011 we will know for sure where this demographic stands when reports on the 2010 US census will be published. Peter Francese, a demographic tends analyst for Ogilvy & Mather and founder of American Demographics magazine predicts in his white paper titled 2010 America that "The iconic American family -- married couple with children -- will account for a mere 22% of households."

So why does it seem that everyone who has a product to sell is marketing to the shrinking married-with-kids demographic? Along with Mr. Francese, I say “Wake up and smell the coffee!” Our world is changing!”

A summary of Francese’s predictions can be found in an article written by Bradley Johnson titled “The ‘Average American’ is Dying Off” where Bradley reports that, according to Francese, the most prevalent type of U.S. household will be the “married couple with no kids, followed by single-person households.”

Perhaps we will see a time, very soon, where the numbers reflecting our current reality speak louder than the marketers.

This was the title of a segment featured on the TODAY show, which acknowledged that more women are admitting to being unhappy and frustrated because they feel overburdened and overstressed. With or without children, 40 percent of women in the United States are now finding themselves in the breadwinner role. In this economic climate, job security is uncertain. The pressures to fill the coffers and fill multiple roles and juggle multiple tasks are taking their toll on women’s happiness.

What some women thought would bring them happiness—money, the fancy home, and children—fail to deliver. The Today show reported what many studies have shown—that parents report lower levels of happiness than nonparents. The experts featured in this segment confirmed that women’s happiness is not tied directly to having children. It is tied to finding happiness in all aspects of their being. Often that means looking for happiness outside of the confines of the mother role, or asking for help when you need it.
Posted by Laura S. Scott at 9:00 AM 4 comments: 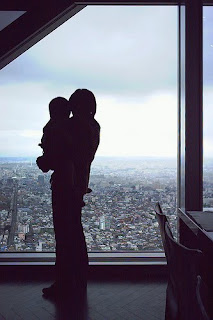 Most of the emails I get through the Childless by Choice Project website are from childfree by choice folks or those who are still undecided but occasionally I will get a email from a parent. One such email from a woman named Stella really struck me as wise and true and so I asked her if I could share a bit of it with you. Here is what she wrote:

I stumbled by your site and I just wanted to let you know that I was so pleased that there are people out there who can promote positive values regarding parenting. It is right that parenting is not and should not be regarded as an obligation. I have two children even though I had planned never to have any children by myself. I never loved children nor did I hate them but my husband urged me to do so because he could not envisage a marriage without children and he also had to prove to his friends that he is man enough as per our African culture. Now I am divorced and I have them all to myself.

I love them deeply and now I can not imagine what my life would be without them. On the other hand, if my reality was that I did not have children, I would also chart a different course for it based on my circumstances. Bottom line is that if one has strong values about being true to themselves, they need to stand by the choice they make. Those who choose to become parents should devote themselves to the task while those who choose not to should also be understood.

Flickr Photo by mrhayata (cc)
Posted by Laura S. Scott at 8:55 AM No comments:

I spoke with Jim Davis, host of LBC Radio’s Sex in the City, this morning. He wanted to talk to me about the book and the buzz about the Daily Mail article in which some of my quotes and some incidents were made up, as reported in Jezebel.com.

I was happy to grant a radio interview as there is less risk of being creatively edited, and Mr. Davis had some really good questions about motives and the decision making process and we had a good laugh about some of the comments Daily Mail readers made about my choice to remain childfree which reflect just how little they could gather about why I made this choice based on this bogus first person account.

If you are in the London area within range of LBC radio’s signal, you can catch my interview with Jim Davis on the Sex in the City Show tonight (Friday, October 9, 2009)
Posted by Laura S. Scott at 9:29 AM 2 comments:

An email from a very dear friend reminded me how so valuable close friends are. I had sent her a copy of my book and she celebrated with me in a way that only someone who shared a similar path could understand. Not in a superficial way. We are very different. She’s a very intentional parent. I am intentionally childfree. We think differently, we have very different life experiences and very different habits.

I met my friend Karen when I was fifteen and we became fast friends. We are separated by borders and busy lives that allow us only a quarterly phone date where we reconnect instantly as if we have never left each others sides.

This kind of friendship reminds me that love, friendship, and respect knows no boundaries and no sense of time.
Posted by Laura S. Scott at 9:00 AM No comments:

I recently granted an interview with Tessa Cunningham, a correspondent of the Daily Mail, a major newspaper in the UK. She had read my book Two Is Enough and wanted to know some of my personal story and what brought me to write this book. All well and good, except for the fact that she failed to tell me that the result of this interview would be first person article ghost written by Ms. Cunningham titled “Friends call me selfish—but not having kids is the best thing I’ve ever done.”

This title sounded like a direct quote but the problem is I did not, and would never say “not having kids is the best thing I’ve ever done.” There were many other things attributed to me that were not said during our interview and the quotes Ms Cunningham lifted from interviews in the book were also paraphrased in ways which could be misleading. Some assumptions were made about interviewees that were frankly wrong. A simple fact check prior to publishing the article might have solved this but I was never contacted for a fact check so these assumptions and misrepresentations were left unchecked and uncorrected.

What really upset me was that the weekend that she documented in this article--where my friend Marie (mother of three children) called me selfish, followed by golf and an Italian meal, never happened. In fact I do not have a friend named Marie. It’s true that I told Ms. Cunningham that couples who choose to remain childless are often considered selfish by friends and others who do not understand the true motives for intentional childlessness, however this article made it appear that we remain childless primarily because we love our careers and our lavish and glamorous lifestyle and we think our lot is better than that of parents. That is not true. I simply told her that one of the most compelling motives for remaining childless by choice is because we like our lives as they are and we don’t believe our lives would be enhanced by the presence of biological children.

I also said that women who remain childless often experience a higher level of marital satisfaction than do mothers of small children (a fact supported by studies other than mine). I did say that I had a career that involved a lot of overnight travel. However, career considerations were not the primary reason for my decision to remain childless. I told her my lack of desire for biological children was the primary motivator for me.

According to my survey, most women do not choose to remain childless primarily because of their careers. Some people really want children and find that children do enhance their life experience, some people do not. There is no good or bad decision here. No one is right or wrong. You make your choices and you live with them. There are downsides to living childless by choice (social isolation and stigma) which I did share with Ms. Cunningham and in my book but these downsides did not make it to the article. What did make it in the article would lead people to believe that the childless by choice think that parenthood is drudgery, and unfulfilling for all, including parents. And that the childless by choice lifestyle is all fun-filled weekends and high-powered careers.

I don’t know if that is your life, but it certainly isn’t mine.
Posted by Laura S. Scott at 5:56 PM 4 comments: