My Children Are Dogs 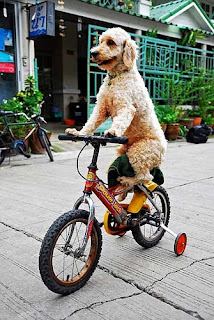 Janine Adams admits her children are dogs—standard poodles, in fact—and she says Kramer and Scout are “a huge part of my life.” Adams is a freelance writer who specializes in books and articles on pets and makes no apologies (except to her parents) for saying her dogs are enough in her article My Children, My Dogs:

I have dogs. I don't need kids. At least for now, they fill whatever slight maternal urges I might have. (Sorry, Mom and Dad.) I'm happy to say that I'm not alone. A survey of pet owners by the American Animal Hospital Association in 1995 revealed that 61 percent of the dog owners surveyed believe that caring for their pets fulfilled a need of parenting. The previous year, 69 percent of dog owners surveyed said they give their pets as much attention as they would to their children and 54 percent of the survey respondents said they felt an emotional dependence on their pets.

Before electric cars, curbside recycling, before energy-efficient light bulbs and wind farms there was a handful of pioneering “greenies” who wrote articles and books or worked to organize protests, demonstrations, and sit-ins for environmental issues as varied as DDT use, nuclear bombs, overpopulation, and pollution.

These efforts sparked a groundswell of awareness and political and social activism which led to the first Earth Day in 1970 and new research, initiatives, and numerous government bills which have changed the way Americans think and act as stewards of the land upon which they live.

In an unprecedented move, PBS will offer a “social screening” of this film through Facebook at 8 p.m. EST on April 11, eight days ahead of the film being broadcast on PBS American Experience on April 19 PBS 9 EST/8 Central.

I was still a kid during the 60’s and 70’s protests but, as I wrote in Two is Enough, I recall being urged to eat my veggies because there where starving people in Africa. Later, in my twenties, I would get very angry when people threw litter out of car windows and was very pleased to see that littering fines were being enforced by cops patrolling the highways in Canada.

I was recently contacted by a man who informed me of the Earth Days film and told me he had made a pledge not to have children and had the vasectomy to back it up. I admitted I was not motivated primarily by environmental concerns to remain childfree. However, I am motivated by environmental concerns to recycle, drive less, and conserve food and water.

Were you motivated by environmental concerns not to have children? If not, how has the environmental movement influenced your behavior?
Posted by Laura S. Scott at 7:48 AM 1 comment: 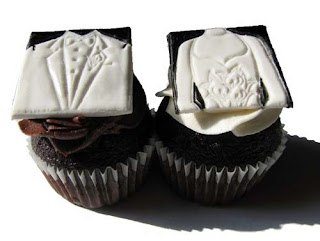 Another benefit of marrying well for men is increased longevity according to another Swedish study, which showed that married men with college-educated wives live longer than men with less-educated wives, likely because of the higher incomes which fund good health care and the fact that men with well-educated wives are more likely to eat healthier and seek care for their ailments at the prodding of their partner.
So the next time your wife brings home another order of Chinese take out because she is working late or she nags you to eat your veggies or to go to the doctor, just thank her.
Flickr Photo by Clevercupcakes
Posted by Laura S. Scott at 12:07 PM 1 comment: