Another Childfree Person Falls Through the Cracks 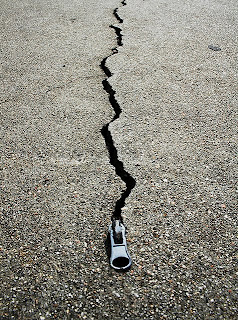 Earlier this month I wrote a post titled “Are We a Family?” Most childfree couples say “Yes, we are!” However, our social institutions sometimes don’t see it that way and some of the government agencies that are set up to help families in need overlook the families of two.

An example of this came to me by way of email by a woman I will call “Susan” (as she didn’t want her real name to be used). Susan wanted to share “a terrible experience” she recently had when a horse-related accident left her with limited use of her right arm.

I was collecting unemployment at the time from an earlier work lay-off. [My husband and I] were struggling financially and I was without health insurance when the accident occurred. I had four surgeries post accident to repair my shoulder/clavicle/arm. Though I was fortunate to not break my neck or lose my arm, the accident changed my life.

To make a long story short; with no health insurance and limited income, I turned to DSS/Medicaid for assistance. This was extremely defeating to me, but the system is there to help people through crisis (even though it’s widely abused). However, what occurred during my DSS interview was disturbing to me. I was unable to qualify for Medicaid because my unemployment earnings were too high for this county's cut off ($706 for a woman with no children).

During the interview I was also screened for any possible social service help that I might qualify for, and I qualified for NONE...... however, a social worker came into the [cubicle] where I was being interviewed and told me I qualified for ONE program - "Reproductive Counseling". I immediately asked if this included any gynecological services (pap smear etc), and it did not. Upon questioning exactly what this program was, it was explained to me that it is a program offered to all women that consists of counseling on abstinence and safe sex! The irony; I'm 40 with NO children....and I got to that age birth-free BY CHOICE. Did they think I'd be interested??! Hell no.

The moral of the story is--if I had been pregnant or had any amount of children, I would have qualified for many services that I desperately needed due to consequences from my accident. To me, this sends a 'back door message' to get pregnant so the system would WORK FOR ME! How ridiculous!

When I read Susan’s story, I wondered “How did this social worker come to the conclusion that a person seeking help with a limited mobility disability and medical care access would need reproductive counseling?”
Posted by Laura S. Scott at 10:33 AM 3 comments:

Are We a Family? 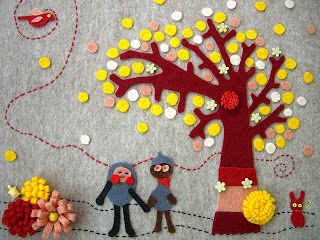 Alyssa Favreau called me last week for an interview for her university paper, The McGill Daily. She wanted to explore how our definitions of family have expanded over time. In her article titled The Ties That Bind she cited a study by Indiana University sociologist Brian Powell in which Americans were asked what they considered to be a family. Favreau noted:

Laura Scott, head of the Childless by Choice Project advocacy group and author of Two is Enough: A Couple’s Guide to Living Childless by Choice, said that these findings are representative of how couples living without children are often excluded from the general definition of family. “The perception is that they’re just a couple, not really a family,” she explained. “There’s an attitude that if you’re a [child-free] couple, it must be temporary; eventually you’ll have children.”

This perspective, Scott said, often leads to a social marginalization of couples who are childless either by circumstance or by choice. “As a childless person you become socially isolated,” she said. “Childlessness is approaching 20 percent in women, and that’s huge. We can no longer assume parenthood for all...we need to assimilate those [child-free] couples into our society and recognize that it’s a viable life path.”

Though I do not describe the Childless by Choice Project as an advocacy group, nor do I advocate remaining childfree, I do advocate expanding our definition of family to include functioning, committed, and supportive family units of two or more regardless of gender, sexual orientation, marital status, or the number of offspring produced or adopted.

Are you childless by choice or circumstance? If so, what does your family unit look like?
Posted by Laura S. Scott at 10:13 AM 11 comments: