Adele on her Motherhood Moments: "I F*ckin' Hate This!" 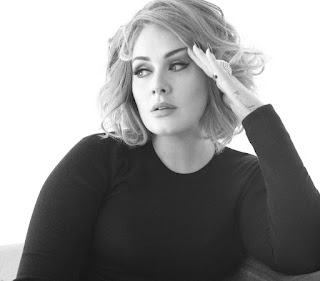 In the December issue of Vanity Fair magazine, Singer/Songwriter Adele speaks frankly about her experience of motherhood. When the Vanity Fair contributor Lisa Robinson commented that she thought it was brave of Adele to have a child in the midst of such a big, successful career, Adele responded:


"Actually, I think it's the bravest thing not to have a child; all my friends and I felt pressurized into having kids, because that's what adults do. I love my son more than anything, but on a daily basis, if I have a minute or two, I wish I could do whatever the fuck I wanted, whenever I want. Every single day I feel like that."

Adele admits she suffered from postpartum depression, a feeling of being very inadequate, but was afraid to talk about it until she had a vulnerable, quiet moment with a friend who was also a new mom.

When asked if she'll have another child, she said she didn't think so. Her boyfriend Simon, the father of her child, has a daughter from a previous marriage, so Adele's son already has a stepsister who is a big part of their family.

She understands that her friends without kids really don't want to sit around listening to her "chat absolute mush" about her kid, so she seeks out the company of other mothers who don't pretend child rearing is a never-ending River of Joy and who won't judge her for taking the time she needs for herself--an afternoon a week--when her son Angelo stays with the nanny, and she gets to do whatever the heck she wants!

I have to say it was refreshing to see a woman speaking honestly about her experience of motherhood. Adele is at a place in her life where she really doesn't care what you think. In the hubbub of motherhood and 43 city world tour, she often forgets to shave her legs and shaves only when she thinks the people in the front row might notice the leg stubble as she runs up the stairs to the stage. When asked if her boyfriend minds that she sometimes that neglects her personal grooming, Adele retorts, "I'll have no man telling me to shave my fuckin' legs. Shave yours!"

This rebel energy reminds me of the type of energy childfree women bring when someone suggests  they should just fall in the line and have a kid, like everybody else. It takes a certain amount of courage, and a dose of "f*ck you" attitude, to stray from the conventional. Nothing about Adele is conventional and that's why we love her!