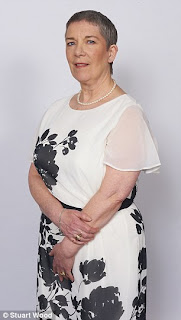 Because the source is the UK's Daily Mail, I am not sure this "first person account" attributed to Isabella Dutton is entirely true as they have a tendency at this paper to misquote for effect. However, this article is making the rounds of the childfree blogs and creating quite a stir. Sure, some of us love it because it validates our decision to remain childfree and makes up for all the times we have been told "You will regret not having kids."

Yet, somehow I can't take any pleasure from this. The life and reproductive decision making coach part of me just wishes this woman would have had the help and support of a coach. The residual guilt, regret, and the assumption of parenthood is evident and it's clear these emotions and assumptions influenced her decision making.

Here's the opening paragraph of this article:


My son Stuart was five days old when the realisation hit me like a physical blow: having a child had been the biggest mistake of my life.

Even now, 33 years on, I can still picture the scene: Stuart was asleep in his crib. He was due to be fed but hadn't yet woken.

I heard him stir but as I looked at his round face on the brink of wakefulness, I felt no bond. No warm rush of maternal affection.

I felt completely detached from this alien being who had encroached upon my settled married life and changed it, irrevocably, for the worse.

When she tells her husband she has is sorry she had given birth to her infant son, He just said, “Well we have him now. There's nothing we can do about it. You just have to get on with it as best you can.”

It’s hard to read this article without wincing. And if you scroll down and read the comments many of them are brutal. I feel bad and sad that this woman agreed to have two children she clearly didn’t want out of a sense of obligation and guilt. I admire her because, despite her aversion to the role of parent, she fulfilled her duties as mother as best she could. I admire her honesty too.

I wish this 57-year-old woman would have had the support and courage to say “No” back then. She would have been happier, she wouldn't have to live with these terrible feelings, and she likely would have experienced the "peace" she so longed for. Her daughter Jo, 31, has chosen not to have kids. She has MS and is being cared for by her parents, and I understand that even without her debilitating illness she would be inclined to make this choice for herself.