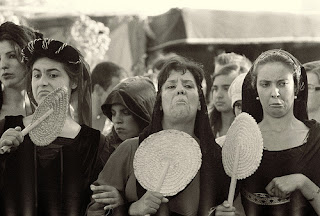 Email ThisBlogThis!Share to TwitterShare to FacebookShare to Pinterest
Labels: assumptions, childfree, childfree couples, cult of motherhood, Is it selfish not to have kids?, Laura S. Scott, Laura Scott, Melody Moezzi, parents response to the childfree

HELL yes it's real. How extremely patronising to suggest otherwise, or perhaps someone who doesn't like to look in the mirror and realise how their own words to childless-by-choice friends likely came across.

Our good friends know us well enough to understand (*really* understand) that we aren't child-haters or cold people but that we have simply made a lifestyle choice to have no children. I know this is true as two of our closest friends asked us whether we would consider raising their children should anything happen to them, this despite one having siblings with kids of similar age group and many other close friends with kids. They recognise that a) we adore their kids, genuinely and utterly and b) we are the most similar in outlook to them despite our choice not to have our own kids.

What I can't understand is how so many people with kids seem to react as though MY choosing not to have kids invalidates THEIR choice to do so, or criticises it in some way. It doesn't!

I cannot tell you how many times I've had laughing reactions, shocked reactions (genuine conversation stoppers with very awkward silences to follow), insistence that we'll change our mind when my body clock kicks in or a myriad other negations of our statement about our decision.

Sometimes it then goes on to snide comments about having some human instinct missing, not being maternal or nurturing or other such crap.

I've learned not to react to it most of the time, though occasionally when people step over the boundaries beyond rude into downright nasty, I'll let loose.

Absolutely, they are real.

Awesome lead-off picture! LMAO! A lot of people don't realize how many people DO ask the question and are "busybodies" unless you're a childless by choice person. It can be annoying. Thankfully I'm in my 40s now. The questions don't come really anymore. (But in my 20s and 30s...whooiee...all the time.)

I've always known I didn't want children. I don't mind polite conversation and small talk, but people think it's their business to grill me about it. When the personal questions start (often by people who don't know me that well), I am quite blunt.
For example, I have had (on more than one occasion) "What if you *did* get pregnant accidentally?" After the first few answers of me explaining about contraception, and the grilling continues, I am quite blunt and explain that I would have an abortion. That usually shuts them up.
I wouldn't grill a parent on why they *did* have children, so why is it okay for them to grill me why I don't?

Oh no they're not mythical. They're the same women who persecute other mothers for using regular bottles instead of "bpa free" bottles.

I've dealt with this as well. by my husbands family.. Every holiday they feel the need to "ask me again.. " why we don't have children.. I'm in my 40's, in Law School and still these questions arise.. My favorite was, "who's going to take care of you when your old?" My response was, " We have 14 Nieces and Nephews.. I'm going to be so loaded ($$) that I'm sure they'll suck up to me and my husband just to get the $$.. As you can imagine.. they were horrified.. I'm waiting for the next round.. I have a few zingers ready for my reply..
I love children.. and I love my life.. I don't have the need to pro-create to make my life complete.. I make my life complete and I am proud to say we are childless by choice!!
Thank You!

MJ- you'll also find that practicing law can be grueling and time-consuming. I work at a large firm and i cherish vacation and time with my husband. I like the benefits my profession provides ($), but i also want to be able to reap those rewards b/c i work hard for them.

My husband feels the same way. We feel no desire to raise a child, even though we love our nieces and nephews. They fulfill us, enough. We fulfill each other, always.

I hear this all the time, so when I read or hear that the stigma around voluntary childlessness has diminished or is greatly exaggerated I look to the childless by choice project blog or facebook pages. I go back to the transcripts of my interviews for Two Is Enough and I say "no." There remains ample evidence that some stigma especially among stakeholders who have an iron in the fire.

Another person who's experienced this first-hand over and over again. At our wedding reception my estranged father (don't ask why he was there in the first place) decided to give a toast that talked about procreating. I was horrified. I've been saying since I was six years old that I wasn't having kids and I've never once wavered in that decision. I finally told my mother-in-law that I don't especially like children and that I told her son on our first date that I was never having kids so if that was in the cards for him he should look elsewhere. She's never brought it up to me again but about once a year she says something to the husband. I'm waiting for her to start talking about how we're approaching "too late" territory. For what it's worth, I really love some of my nieces and nephews and I'd jump in front of a train for them. Oh, and I look forward to life in an old folks home where there are absolutely no children around and no one ever visits me or asks me for my money. :-D