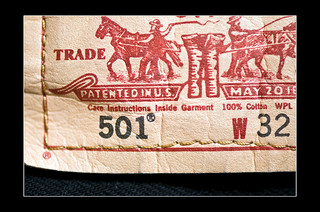 I recently got an email from Pamela S. who is about to turn 45 years old. Pamela’s an early articulator who knew at the age of eight that she didn’t want children but she has never truly adopted the terms childless by choice or childfree.  Here’s her story:


My decision to remain childless by choice was never really a decision, it’s just who I am. When my mother was alive she loved to tell friends (both mine and hers) about how, at age eight I went around telling people that I’d never get married and I’d never have children. Well, I did get married, for the first time at age forty-four! Still no children though; no regrets, either.

Throughout my teenage years I had to contend with the wedding and baby dreams of most of my friends and peers. At age 20, I was diagnosed with endometriosis, a painful, incurable condition that often robs many would-be-mothers of their fertility. I wasn’t one of those; I never wanted children but I certainly didn’t want endometriosis either. It also did not rob me of my fertility so I had to use birth control, but endometriosis was an excuse, something I could tell people instead of “I just don’t want them.” Over the years, various women have made offhanded comments about how “it’s lucky that you have that condition and not someone who wants children.” Seriously? I thought: How insensitive.

Many people (most of them women) have also theorized that there must have been some fatal flaw in my upbringing that would cause me to not want children because they believe that there must be something wrong with a woman who doesn’t want to be a mother. Well, let’s see…my parents were happily married for over 35 years, until the day my mother died of cancer. I went to a nice private school, have two College degrees and work as an English teacher. I have no criminal record, own my own home, recycle, pay my taxes, and maintain a good credit score.

There is, however, a bittersweet twist here; I was adopted as an infant out of foster care by my parents, who had tried to conceive a child but weren’t able to. My mother, who passionately wanted children, couldn’t have them. I’d never wanted children but had to rely on birth control not to have them. So here I was, a child who didn’t want children, given up for adoption by a birth mother who couldn’t (or wouldn’t) keep me, delivered into the arms of a woman who truly wanted a child. Maybe the universe really does work in mysterious ways.

Ultimately though it does bother me that the term “childless” seems to infer that having (or wanting) children is the normal, default position, while not having (or not wanting) them is somehow defined as “less” than that. I propose that we come up with a new term to define those who have consciously, happily chosen to remain without children. The term “child free” is marginally better, implying a sense of freedom that hey, let’s be honest here; parents just don’t have. Still, I would like to see a new term enter the lexicon; one that accurately describes the desire to remain child free by choice. Despite my multiple English degrees and many headache inducing hours spent trying to come up with a term, I just can’t. Perhaps I too have been unwittingly socialized to believe that children are the “natural” default. Or maybe there just are no words to describe what I feel in a language created by the same world that deems me and others like me “not normal.” I’m open to suggestions…