Take Me To Your Tweeple 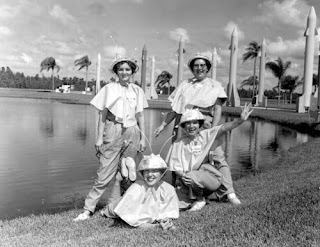 I was reluctant to sign up for Twitter at first because I really didn’t have the time and I didn’t know how I might use it. Then a month ago I signed up for a class on social media at a writer’s conference and began to understand where twitter fits in an outreach program. I realized this was another way to connect with other childfree folks and to continue to learn and share.

There is no possible way one book or one documentary can encompass all there is to know about the childless by choice demographic. We are not one homogeneous blob. So I like to go beyond my survey respondents and the participants of the Childless by Choice Project and hear from childless and childfree people from all over.

I was recently contacted by a woman from Argentina. She found me through Unscripted, the ezine for the childfree, after an online search and she wondered if there was a Spanish language version of Two is Enough or the documentary. Unfortunately no, not yet. However she reminded me that childfree people exist in every corner of the world and in every corner of the web.

Flickr Photo courtesy of State Library and Archives of Florida
Posted by Laura S. Scott at 11:09 AM 3 comments:

Yes, you read it right. Ted Olsen, the same guy who got George W. Bush into the White House by arguing for Bush in Bush v. Gore in the Supreme Court went to district court last month (Perry v. Schwarzenegger) to argue that California’s ban on gay marriage is unconstitutional.

Why would he do that? One, because he thinks he can win and two, he thinks marriage is a good thing, for individuals and for the community. Gay or straight.

Here’s what he wrote in his article for Newsweek, published prior to the trial, titled The Conservative Case for Gay Marriage:

What, then, are the justifications for California's decision in Proposition 8 to withdraw access to the institution of marriage for some of its citizens on the basis of their sexual orientation? The reasons I have heard are not very persuasive.

The explanation mentioned most often is tradition. But simply because something has always been done a certain way does not mean that it must always remain that way. Otherwise we would still have segregated schools and debtors' prisons.

The second argument I often hear is that traditional marriage furthers the state's interest in procreation—and that opening marriage to same-sex couples would dilute, diminish, and devalue this goal. But that is plainly not the case. Preventing lesbians and gays from marrying does not cause more heterosexuals to marry and conceive more children. Likewise, allowing gays and lesbians to marry someone of the same sex will not discourage heterosexuals from marrying a person of the opposite sex. How, then, would allowing same-sex marriages reduce the number of children that heterosexual couples conceive?

This procreation argument cannot be taken seriously. We do not inquire whether heterosexual couples intend to bear children, or have the capacity to have children, before we allow them to marry. We permit marriage by the elderly, by prison inmates, and by persons who have no intention of having children.

Thank you Mr. Olsen for acknowledging the childfree marriage and our right to be married under the law. I know you are not fighting on behalf of voluntarily childless couples but if you and your very capable co-counsel David Boies succeed in your efforts to overturn Prop 8, you will have gone a long way towards challenging the antiquated idea that couples who are unable or unwilling to procreate should not have the right to legal marriage and to enjoy the benefits of that institution. If intentionally childfree or infertile heterosexual couples can marry, why not gay couples? Children don't make a marriage, committed partners do.

Closing arguments have yet to be presented. However, I will be following up on this trial in this blog. If you would like to read the transcripts from this hearing click here.
Posted by Laura S. Scott at 10:53 AM No comments: